Get the low-down on the various forms of play, be they the ‘official’ ones set out in the Rules of Golf or the non-official ones, which are often used by way of entertainment during our amateur rounds…

The various forms of play

The various forms of play are set out in the Rules of Golf.
A ‘side’ comprises one player, two players, or more, who are partners.

Match Play (Rule of Golf No.2)

Stroke Play (Rule of Golf No.3)

The competition is won by the side which plays the conventional round(s) in the least number of strokes. In a net score competition, the winner is the side whose net score minus its playing handicap is the lowest.

Competition Against Par and Stableford (Rule of Golf No.32)

Competitions Against Par and Stableford are a form of Stroke Play where the event is played against a set score for each hole, this score being the Par for the hole.
COMPETITION AGAINST PAR. The counting method is that used in match play:

In a stroke index competition, it’s the net score which is compared to Par.

Points are awarded to a player for each hole by comparing the player’s score to the fixed score for the hole, which is Par for the hole :

The winner is the side with the highest points total. In stroke index competition, the score attained at each hole is minus the stroke index on this hole prior to being compared to the fixed target score. 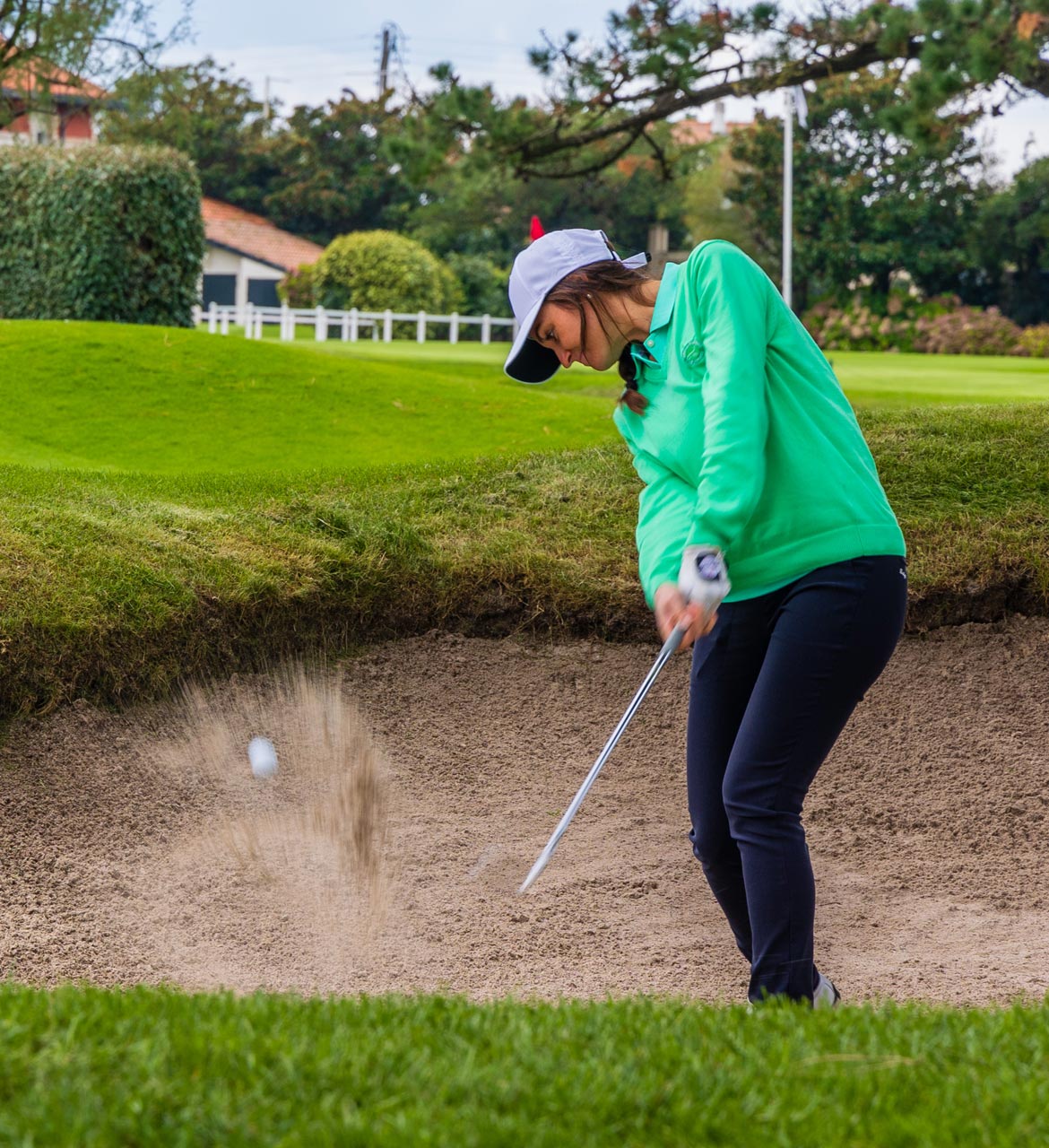 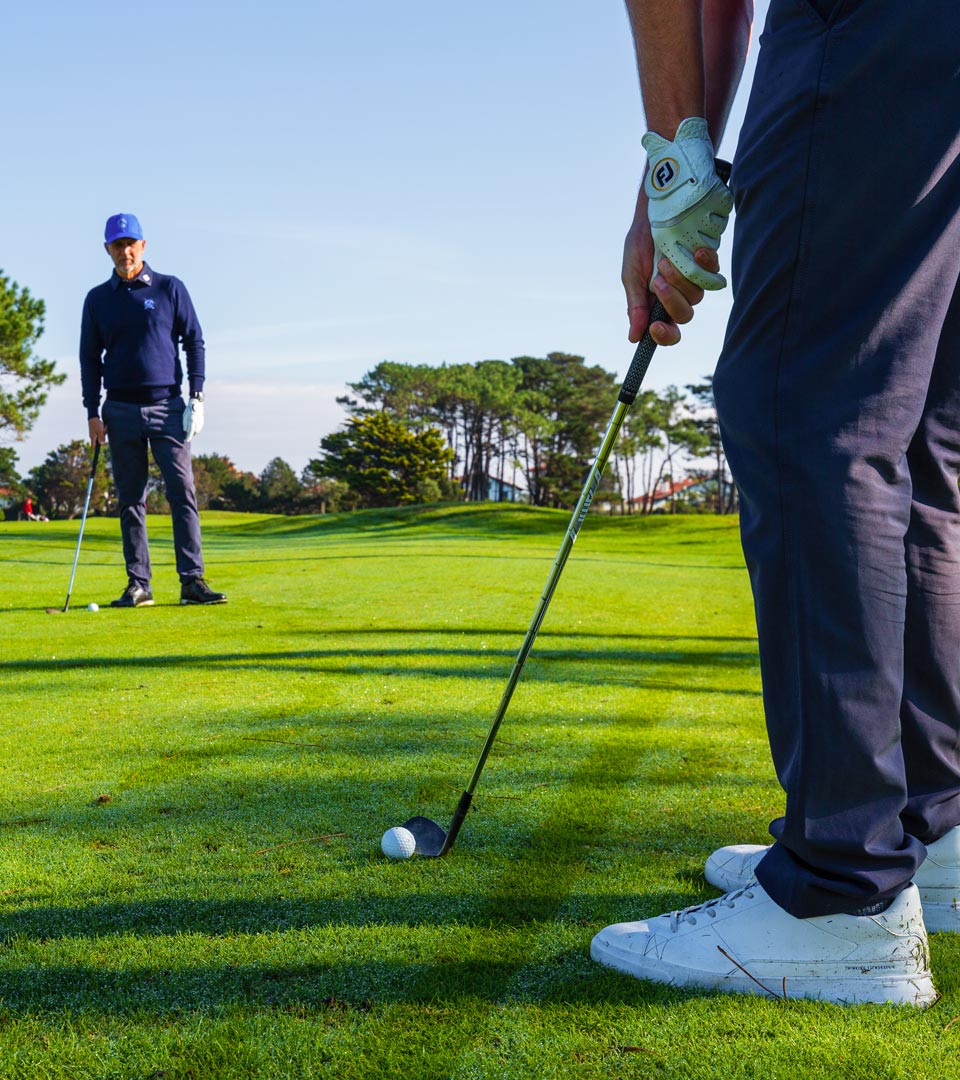 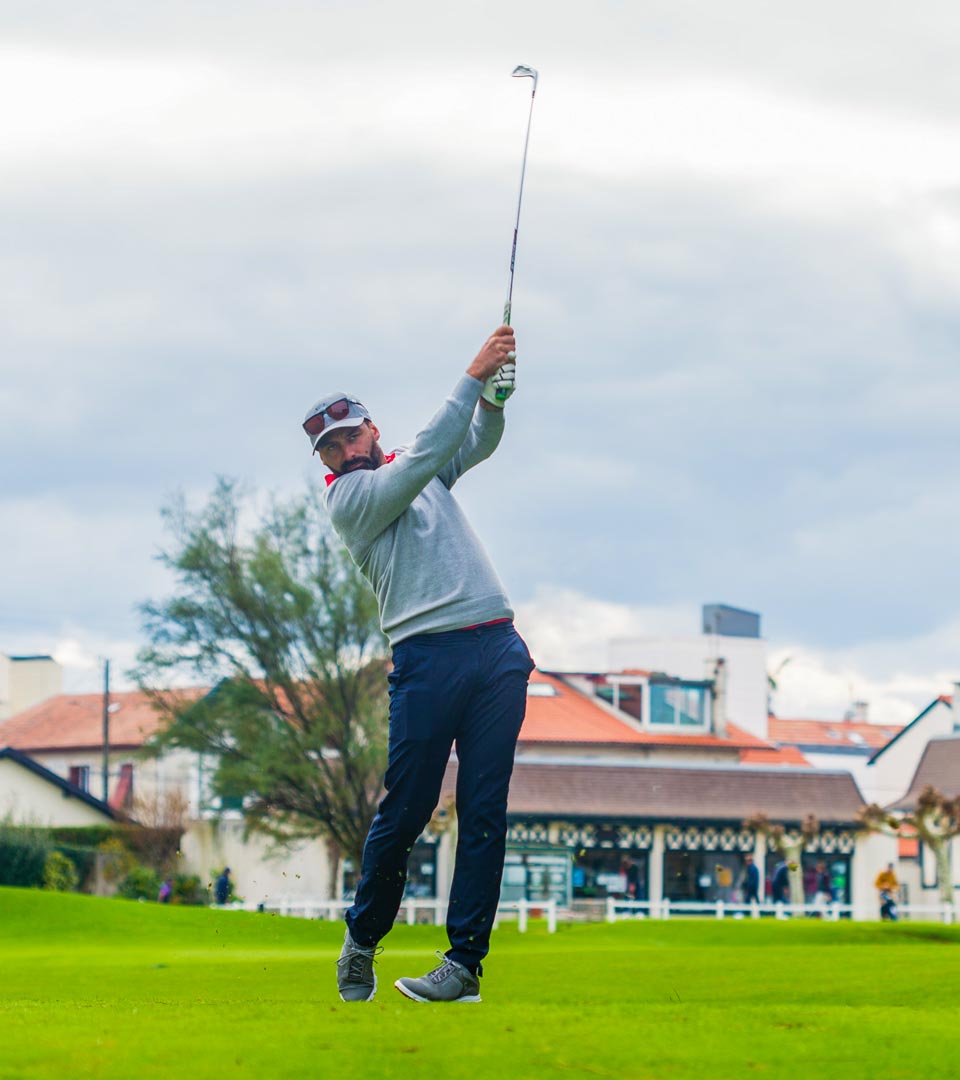 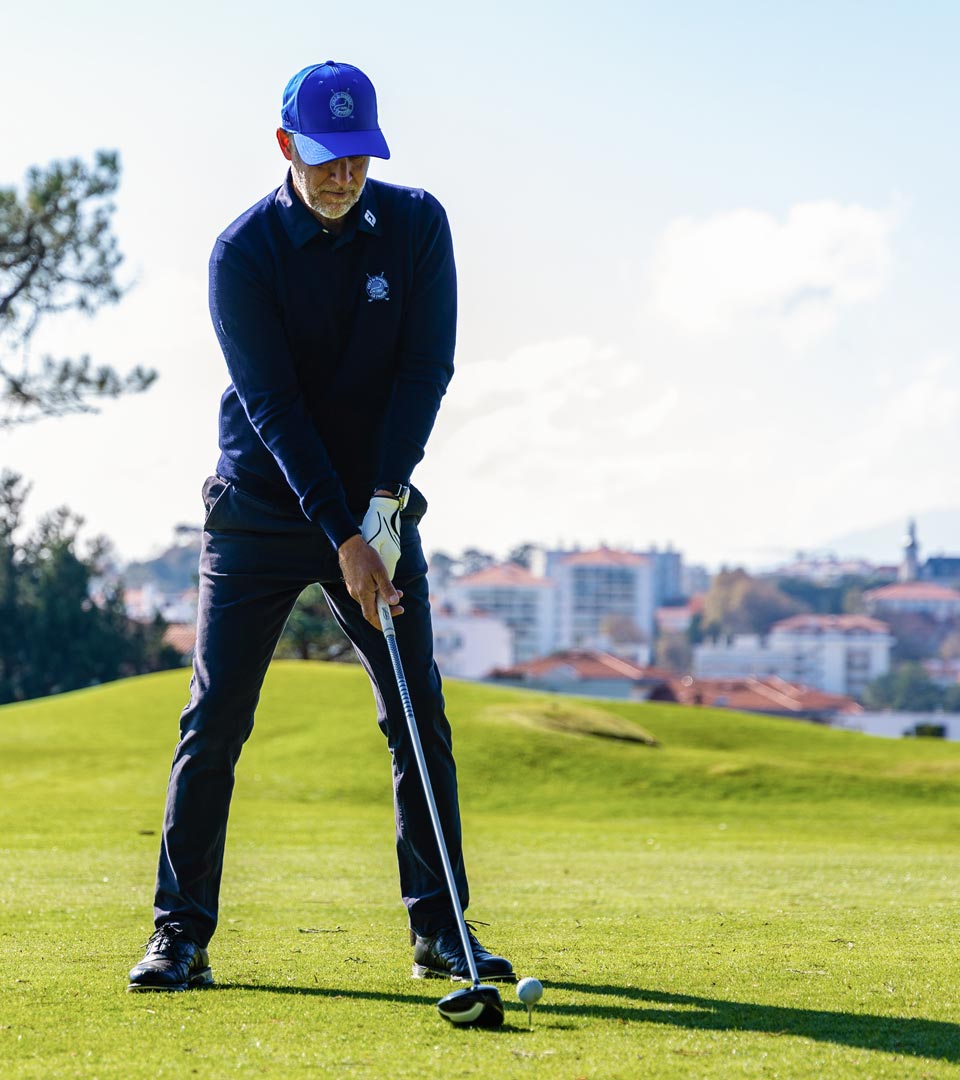 The various side types

The various play forms are played by ‘sides’ made up as follows:
It is important to note that in the Rules of Golf, the term ‘side’ refers as much to a single player as two or more associated players..

These different types of sides can obviously play different forms of game, for example:

INDIVIDUAL
The ‘side’ comprises a single player

DOUBLE
The “side” is made up of 2 players according to the following designations:

The official forms of play

The side is made up of a single player.

The 2 players in the ‘side’ play a single ball, taking it in turns to play first or during the play of each hole.

Identical to the Foursome but one of the two sides solely comprises a single player.

Match play competition where 3 players each make up a side, each playing their own ball. Each player plays two separate matches.

2 players from each ‘side’ each play a ball and the best score racked up at each hole is taken into account.

Identical to ‘4-ball’, but one of the sides is solely made up of a single player, the other able to comprise 2 or 3 players.

2 players from each ‘side’ each play a ball and the best score racked up at each hole is taken into account.

The official and non-official forms of play

The 2 players from the ‘side’ each play a tee shot and select whichever shot suits them best and each subsequent shot is made in alternating order until the ball is holed.

Both players on the ‘side’ hit a tee shot and then each plays the other’s ball for the 2nd shot, then the best suited of these is selected and the two players play alternate shots with this ball until holing out.

The first 6 holes are played in 4-ball, the next 6 in Greensome and the last 6 in Foursome. The final count of strokes is calculated as in Foursome.

Each player has a personalised flag, which will be staked at the point where the ball was when the final shot was played. The total number of strokes is calculated for each of the players by adding their course handicap to the S.S.S. (Standard Scratch Score) (e.g.: player whose course handicap is 24, S.S.S.: 71 => the player is 95 shots in credit). The golfer who stakes their flag the farthest around the course is the winner.

Each competitor gets a piece of string whose length depends on the golfer’s playing handicap (generally 50 cm per handicap point, but the Event Committee can set this length themselves). This enables the competitor to extend their ball’s travel until it is holed, or to move the ball from a bad lie when it’s hard to play. The player then cuts off the length of string used and continues with the remaining length of string.

A form of play consisting of a multi-round golf tournament selecting solely the lowest score at each of the eighteen holes. A competition with a minimum of two rounds and a maximum of 4 rounds played consecutively (over several weeks or months see Ringer score).

This is a form of play akin to Eclectic, but the basis of which is either a significant number of cards, or a number of cards created over a certain season. It is often played over the winter months on 9 or 10 cards to help players train. Over the course of the rounds, each player retains the best score obtained at each hole. The best possible card is gradually built up until the end of the event

A type of play with one side made up of 2 players or more. Once all the players have teed off, the side selects one of the balls for the second shot and all the players (with the exception of the person whose ball has been selected in line with the recommendations of the Rules Committee) will play their shot from this spot and so on until the ball is holed (see details below).

A form of play with a side made up of 2, 3 or 4 players. For the Pro-Am, the captain has to be a PRO player. The team’s score is calculated by totalling up the sum of the 2, 3 or 4 balls played. This is the organiser’s choice, however typically the Pro-Am is played in teams of 4 players with the sum total of the 2 best balls. The form of Am-Am play is managed in identical fashion, but the captain is not required to be a PRO player. One score shall be entered per player using this format.

Recommendations by the Rules Committee for the organisation of a Scramble

Intended to be sociable, Scramble is sometimes contentious as its rules vary according to the club or the player. In fact, it is not an official play format set out in the Rules of Golf. The FFGolf’s Rules Committee has undertaken to come up with a ‘standardised’ format taking into account the following comments:

to better coordinate a team, one of the players shall be named ‘Captain’ (most often the best player) given the peculiarities of play, the stroke play format is best suited to this.

The type of play is identical to that of Scramble with a team of 3 players or more, however the player whose ball is selected can play the following stroke.
Penalties: these only relate to the selected ball. In addition, if the latter is not marked, the team shall incur a 1-stroke penalty.

A team of 3 players or more

At the start of each hole, all the golfers play their first stroke. The ‘Captain’ selects what he or she considers to be the best (not necessarily the longest). The location is marked on the side. Order of play is unrestricted, however the player whose ball is selected will skip that particular stroke. Therefore, the same player cannot have their ball selected twice in a row. He or she will be able to play again on the next stroke. Though the order of play is unrestricted, the first player must place their ball in the exact same location as where the selected ball was lying. The other players place their ball less than a score card from the reference location, without getting closer to the hole, and in as similar a lie as possible (stay in the rough or on the fairway if this was the case). Once all the golfers have played their second stroke, the ‘captain’ again selects the best ball and continues in this vein until the ball is holed.
The winning team is the one which has completed the 18 holes with the least number of strokes. Strokes played from the same selected zone only count for one stroke in the final count.

The team’s playing handicap is calculated by taking a percentage from each player according to the following formats: