Every year during the month of July, the most important and the oldest French tournament, reserved for amateur players takes place in the Biarritz Golf Club. 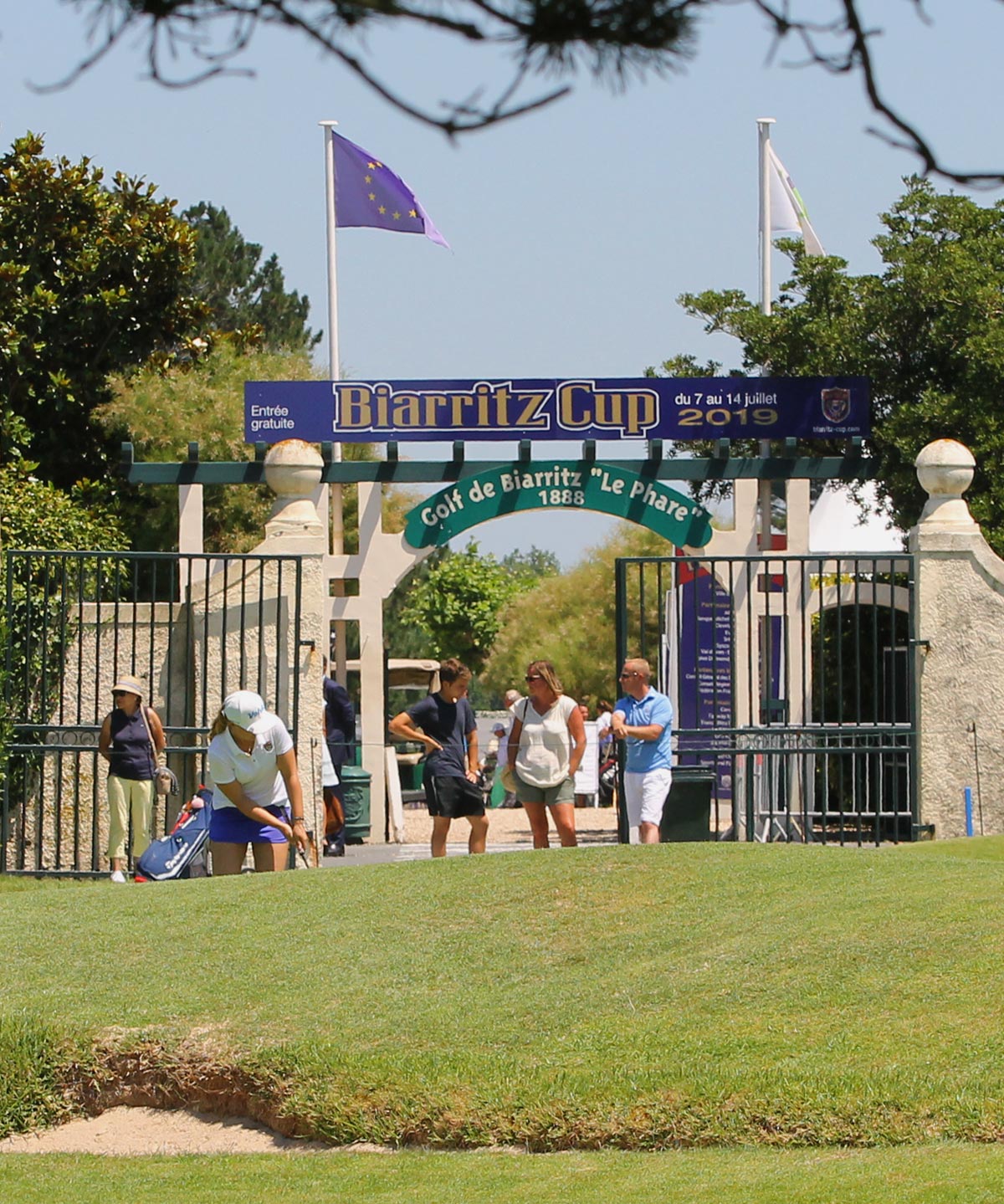 This high profile event has been attracting passionate golfers to the « Golf du Phare » for more than a century. Every year more than 500 participants from many different countries come to the Biarritz Cup, and it attracts a general public of about 5000 persons.

The famous story of the « Old Lady » starts with the number 117. This number refers to the first official record on the Biarritz Golf Course by the first winner of the “Lord Shand Medal” on April 13th 1888.

The Lord Shand Medal became the “Biarritz-Cup” in 1898 to permanently link it to the history of theBiarritzcourse and win its “sports spurs”. Since that summer in 1898, the “Biarritz Cup” is the highlight of every tournament season and has become the favourite gathering of the best French amateurs, in 72 holes, as in the biggest international tournaments.

Jacques Léglise (1934), Henri de Lamaze (1948), Guy d’Arcangues (1956), Gaétan Mourgue d’Algue (1961), Alexis Godillot (French Amateur Champion in 1962) represent the very “chic” records of that period and by adding their names to the Biarritz Cup list of winners, they contributed to make this event which unofficially many people consider as the biggest and best French rendez-vous for amateurs golfers.

It’s a historical fact, the Biarritz-Cup is more than a hundred years old. It spans its third century of existence in top sporting shape and spiritual health, stimulated by the brilliant success of its 100th edition, by all accounts its world consecration. Nowadays, which “amateur” competitions can claim to such passion for life, to such good health, to such longevity? And we affirm, to such a future? It seems that everything started in sepia tones, in the early stages of “daguerreotype”, of the gramophone and of the cinematography. The first record of a certain J.S. Clark was written with a quill pen in flowery calligraphy, in the 1898 register. From then on everything speeds up to the current reality, with digital pictures, laptops and Macs. And despite these technical details, nothing has really changed on the age-old platform. Same craze for the resort, same pleasure with the ocean breeze, same sense of achievement, same cosmopolitan flavour, somewhat modified truth be told, by a greater “basque” and even more extended regional “gasconne” representation. The original British founders and golf aficionados can take credit for having created so many vocations in the region.

At the same time beacon and display case of Biarritz, summer rendez-vous, hot-spot for the golf crowd, springboard of the future generation, the Cup is a prestigious stage of ongoing shows where professionals as well as beginners convivially confront their talent. For most of them, this festive event is so totally captivating, that they will succeed – even though it takes some doing – to manage both the night-life and morning punctuality. Vacation, relaxation and concentration. Grandeur and constraints of this game of skill, moments of silence, and of inner elation when comes the time of supreme success: a hole in one. The daily “news” edition is like a diary for the players, as it captures their progress through the series.
Their good shots will be described and commented, as will their shortcoming and failures. It will be their tournament memento, also kept by the organising committee, subcommittee of the “Association Sportive”. The daily news edition also provides the weather forecasts, and as we have seen in the past, the coastal weather does not always submit to the wishes of the “Old Lady”. Welcome to all competitors and their fans!

Past records of the Biarritz Cup
www.biarritz-cup.com